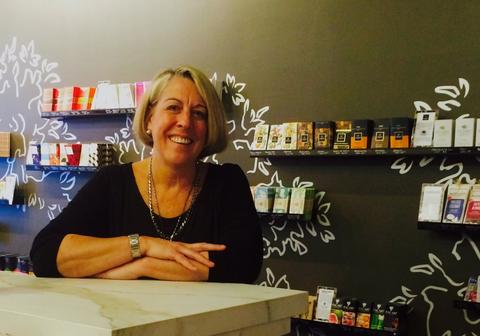 Sweetheart of the Week Series:

I interviewed Kim Hack, owner of Cocoa + Co in Old Town. Hack started Cocoa + Co in May 2015 after coming up with the idea while she was in the wine industry. 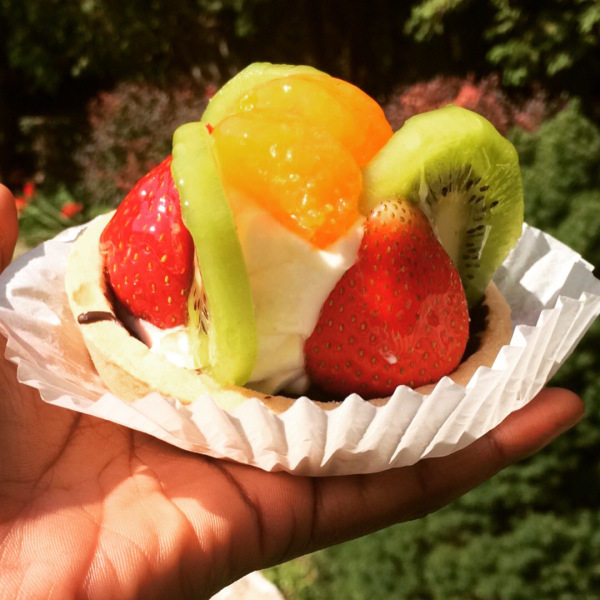 Lutz Cafe and Pastry Shop is simply divine. This time-warp bakery has a long line of various pastries and desserts, a quaint outdoor patio, a friendly staff, and extremely generous portion sizes.

I stopped by this sweet shop on Western and Montrose on my lunch break. I was in awe of the lovely array of specialty desserts and got two of their most popular sweet treats, the Mixed Berry Tart and Rum Ball. 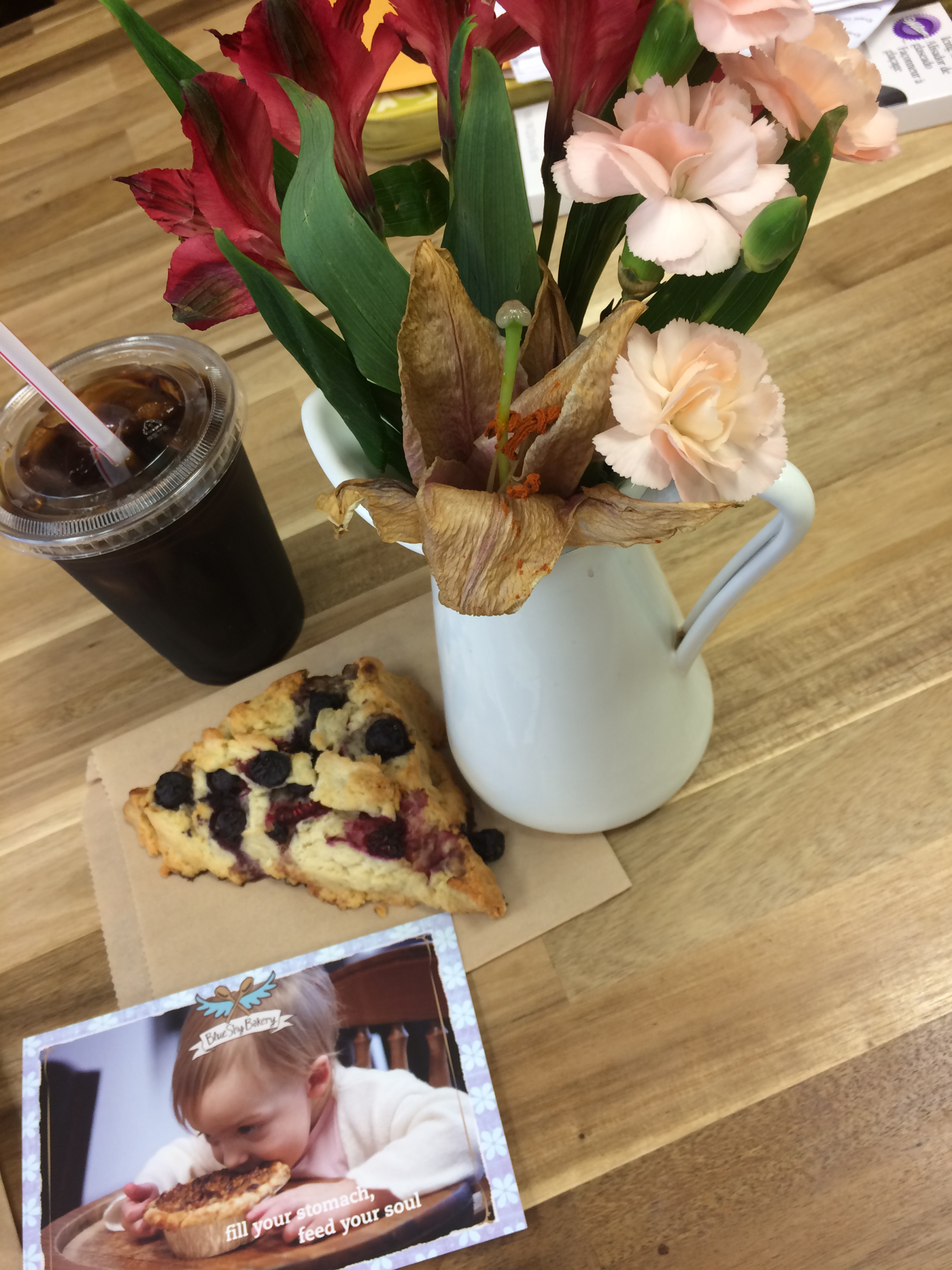 Welcome back to another day with Chicago Sweet Treats!

This morning I stopped by the lovely Blue Sky Bakery in North Center. This adorable little shop is decorated exactly like the perfect living room, with a pink typewriter, fresh flowers, pictures of Audrey Hepburn, cookbooks, a blue bicycle, and friendly smiles all around. 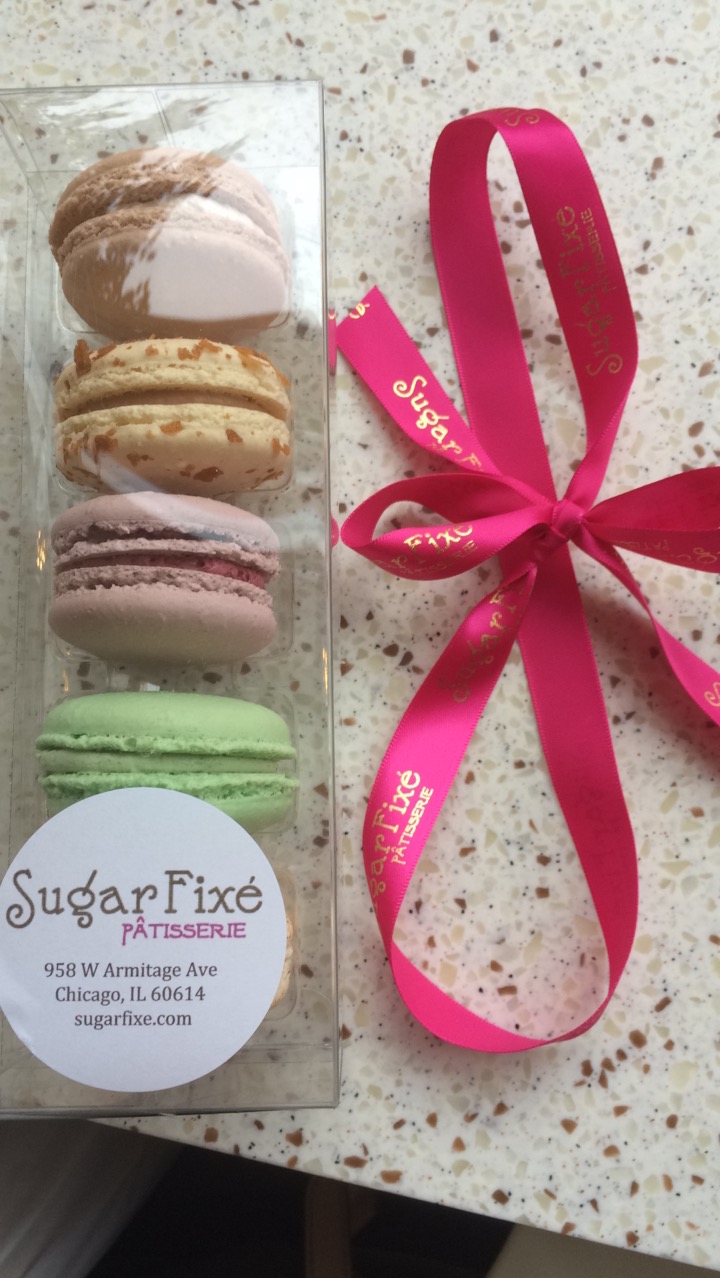 My name is Charlene and I’m happy to take you on this super sweet journey around the beautiful city of Chicago. 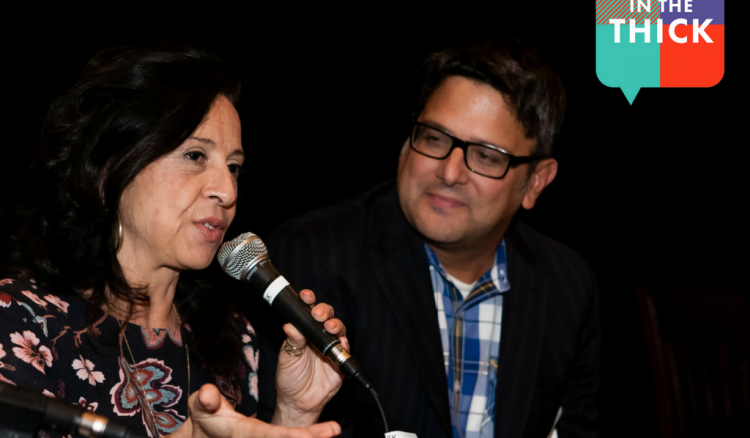 During some of the most tumultuous months in recent American political history, many Latinos felt that their voices were not being heard. Award-winning journalist and DePaul faculty member Maria Hinojosa will co-host a conversation with Julio Ricardo Varela, digital media director of Futuro Media, on Latino political mobilization and participation. The event is sponsored by the Department of Latin American and Latino Studies and will be held May 11 beginning at 9:30 a.m. 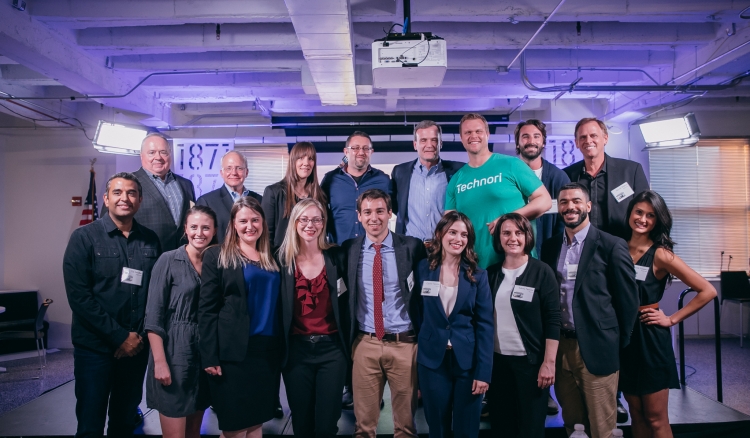 Some 125 teams applied, and the final four startups competed with five-minute presentations on May 11 at startup incubator 1871. Each team had at least one member from the DePaul community. 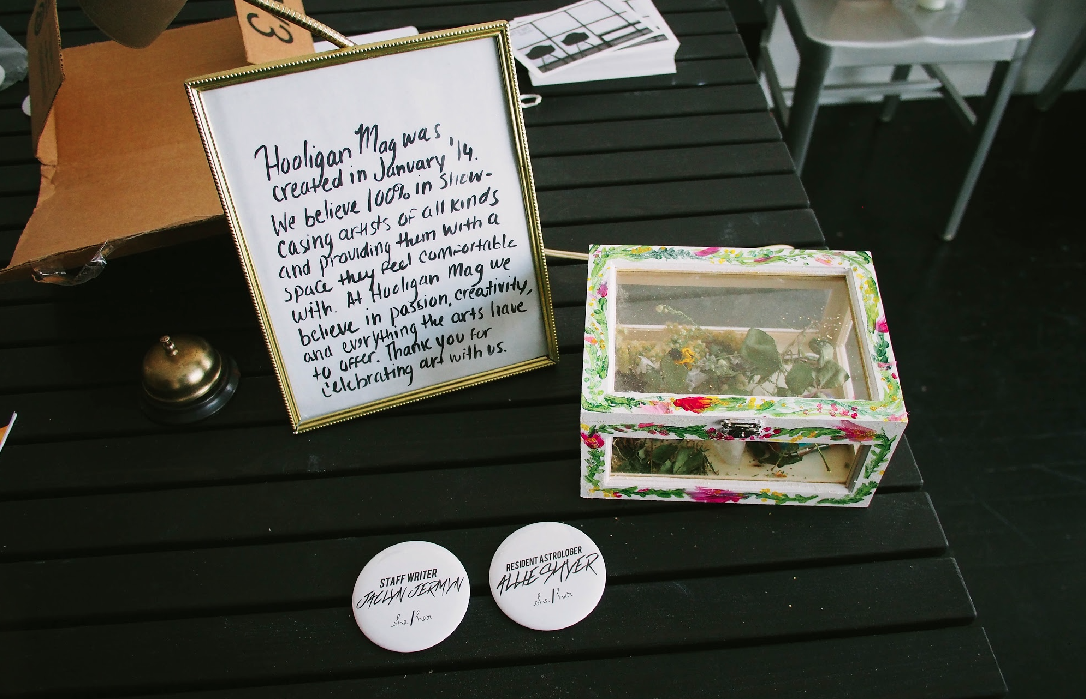 A Conversation with Vagabon

“Run and tell everybody
that Laetitia is a small fish.”- The Embers

Laetitia Tamko, also known by her stage name Vagabon, is anything but a small fish.

This lyric is on the rock anthem that opens her 2017 debut album Infinite Worlds. The dynamic, versatile, powerhouse singer has the sweetest voice and most infectious confidence. The 24-year-old Brooklyn based DIY artist put out her first EP, Persian Garden in late 2014. The six-track masterpiece is something she never thought anyone would listen to, but after a slow burn it catapulted her into the world of Frankie Cosmos, Allison Crutchfield, Told Slant, Nnamdi Ogbonnaya, and other indie artists changing how the scene looks and sounds. Tamko chooses her words carefully as Hooligan Mag sits down for an interview with the impressive young musician.

The intimate, multi-level iO Chicago theater at 1501 N. Kingsbury St. is surprisingly buzzing on a Monday night. In the Chris Farley Cabaret, a well-lit room on the second floor of the building, the all-female improv and storytelling show “Having it All” is about to begin.

A cool young crowd of about 30 people shuffle in, grabbing drinks, food, and sharing laughter while a playlist featuring strong female artists such as Lady Gaga, Demi Lovato and Selena Gomez accents the atmosphere.

At 8 p.m. on the dot an incredible light show begins as a group of ten improvisers grace the stage. Rebeccah Singer, comedian, teaching artist and creator of “Having it All” makes a grand entrance through the thick red curtains with her horn-rimmed glasses, big bold smile and flowy skirt. The St. Louis native’s energy and charisma is emphatic and engaging as she encourages the audience to give “laps and claps” to the ladies on stage. 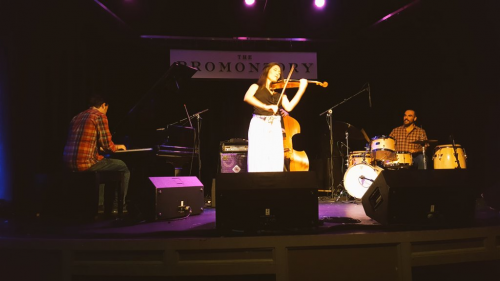 In The Promontory’s warm, candle-lit space on the second floor of the Hyde Park concert venue and restaurant, there is an exciting buzz in the air.

It’s a Tuesday summer night and an intimate, older crowd is ready to hear the iconic Maureen Choi Quartet, a classically trained group of flamenco-jazz musicians.

Maureen Choi steps out in a stylish sleeveless black top, billowing white pants with black stripes, and a gracious smile upon her face. She shakes back her luxurious long black hair and thanks the audience for coming out for her quartet’s second performance at The Promontory. 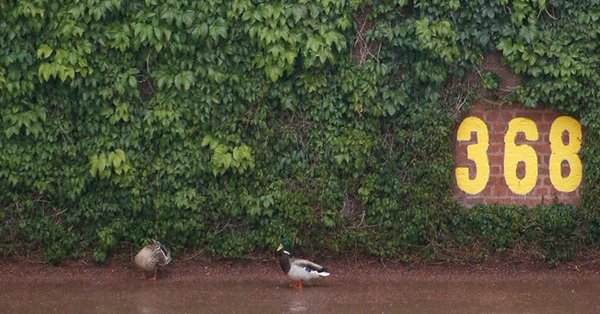 Sustainability grows as a priority in sports

When you go to a baseball game you focus on the players, the food, time with family and friends and enjoying a great game. You’re not thinking about how many recycling bins are in the stadium, if they are using LED lighting, or whether or not your cup is biodegradable. But should you be?

That’s where DePaul’s Public Relations and Advertising program in collaboration with FOX Sports University comes in. Sustainability practices in professional sports often go unnoticed, but this year FOX Sports University is trying to change that. They are working with 38 different colleges to give students a marketing, research, or strategy challenge the business faces and time to come up with a real world solution via products or campaigns. 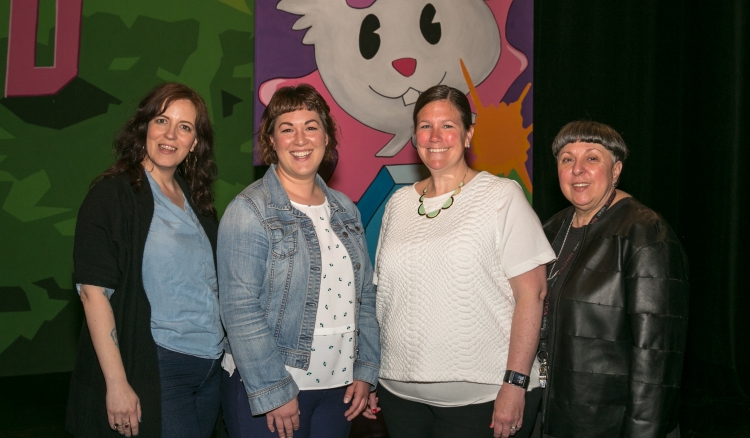 Glittering costumes, catchy songs and colorful characters in the play "Cinderella: The Remix" were made to appeal to kids. But for children on the autism spectrum, sometimes noise and bright lights can be overwhelming.

On May 13, 2017, The Theatre School at DePaul held its first sensory-friendly performance, adapted to welcome children on the autism spectrum and others with sensory sensitivities. Theatre manager Leslie Shook and director Coya Paz Brownrigg coordinated with special education faculty Anne Butler and Linsey Sabielny to modify "Cinderella: The Remix," an urban twist on the classic fairy tale.

"Kids with autism deserve the chance to experience the magic of theatre," says Butler, an instructional assistant professor in the College of Education. "With a lot of planning and just a few modifications, we were able to give children with sensory sensitivities the opportunity to see a play with their families." 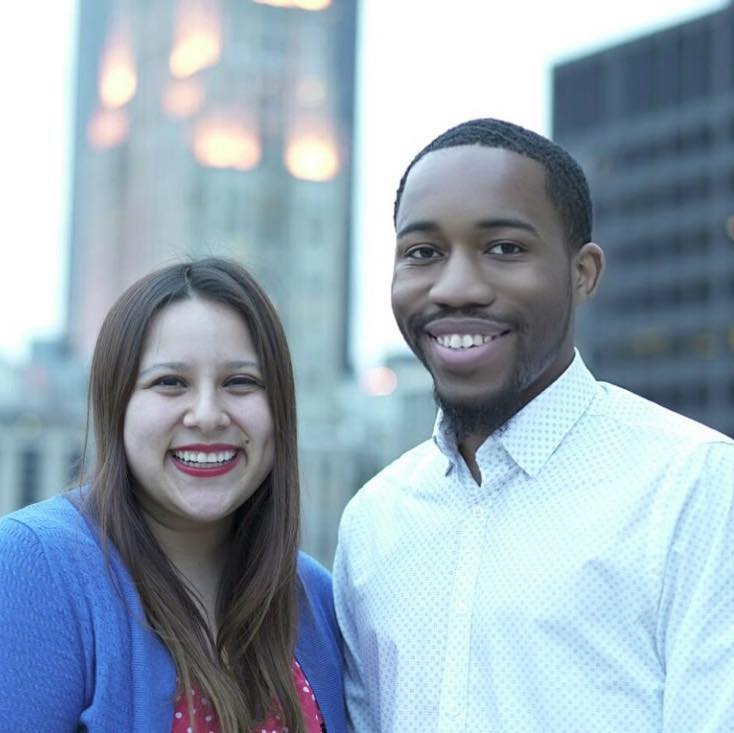 “A month ago we launched the ‘All Hands on Deck’ campaign to reinvent DePaul University’s Student Government Association (SGA) and today the students decided they agreed with that vision.”

This begins the statement that juniors Michael Lynch and Gracie Covarrubias put out Friday as the newly elected president and vice president of SGA, respectively.

“Words can’t even begin to describe how honored I am to have been elected president of the DePaul University Student Government Association alongside Gracie Maria Covarrubias as Vice President,” wrote Lynch. “‘All Hands on Deck’ is a student movement that is larger than any one person. It’s an opportunity for students to come together to actualize change in the DePaul community.”

This year’s Battle of the Bands competition hosted by the DePaul Activities Board (DAB) showcased a show-stopping mix of talented student DJs, bands and solo artists. The winning DJ gets to perform at FEST After Hours, while the winning band gets to be a featured artist on all of Music Garage’s social media, free rehearsal time at Music Garage, and an opportunity to book a local show with Music Garage.

The seven acts that performed a 10 minute set each at Lincoln Hall and Schubas on May 2 were DJs DIY Dan, SNOOF, DJ Tawasahn and CLB, solo artists Beach Bunny, and Mike Fulahope and six-member-band Punting Baxter. 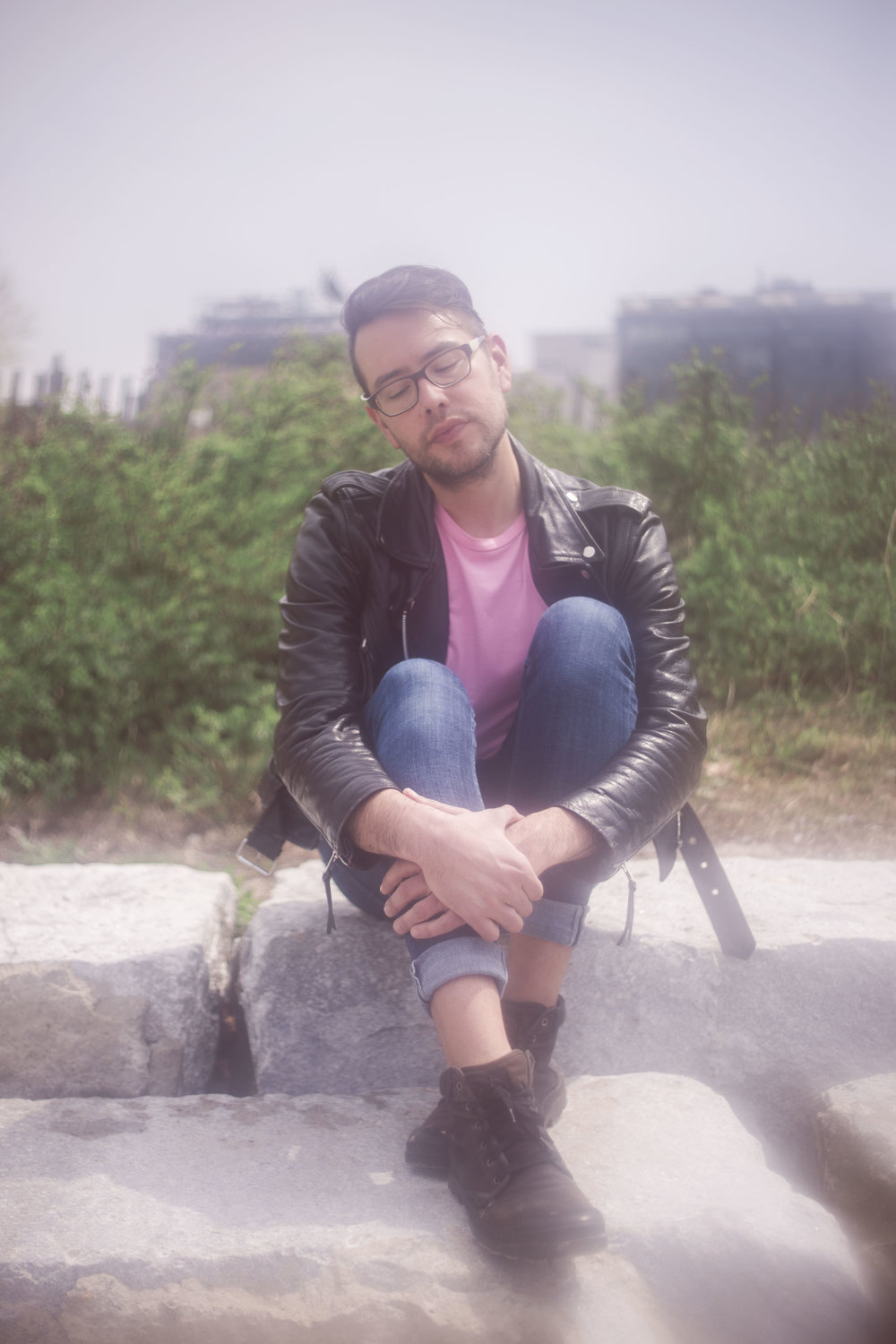 Inside Issue #18: Getting To Know Tommy Pico — Hooligan Mag

Tommy “Teebs” Pico says the last song he recently listened to was “Where is My Mind?” by the Pixies. As you read this piece, let the melodic notes of the song cascade over the words, infiltrate your mind, and open up your heart as much Pico’s writing can and will do for you.

In 1517, Martin Luther launched the Protestant Reformation by nailing a proclamation to a church door in Wittenberg, Germany. Five hundred years later, speakers from India, Nigeria, Brazil, Chile and Sri Lanka will gather at DePaul University to address the lingering repercussions of the Reformation on Christianity, particularly in the global South.

"Christians all over the world are using this anniversary to take stock of where we have come over the last five centuries," says William Cavanaugh, professor of Catholic Studies and director of the Center for World Catholicism and Intercultural Theology at DePaul.